Tutorials will play automatically or you can click the video links below in the written supplement.

There are two different methods to teach a dog that a specific hand signal has meaning.

1) Fade a Food Lure into the Desired Hand Signal.
Here are the steps:

Here is how you connect and new hand signal to an already learned verbal command:

Here is a video demonstration of how this process works: Click Here 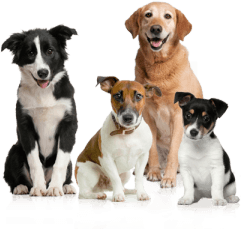